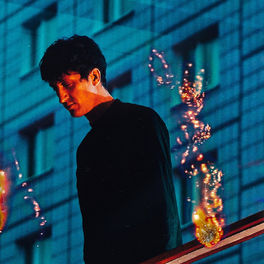 Electronica producer, DJ, and artist Nicolas Demuth – born in Göttingen, Germany in 1991 – is better known by his stage name Parra for Cuva (Spanish for The World for Cuva). Demuth’s music is a mixture of piano-led downtempo, house, and pop. After receiving his A-leves, Demuth moved to Berlin. His first foray into music was the musical project Nianband with his childhood friend Anna Naklab on guitar and vocals. The duo released a few songs before Demuth adapted the Parra for Cuva name and released the 2013 EPs Fading Nights and Something Near, both featuring vocals by Naklab. In September 2013, he released “Wicked Games”, an electronic cover of Chris Isaak’s 1989 song “Wicked Game”. More Parra for Cuva EPs followed including Luhja and Unique, both released in November 2013. He collaborated with Egokind and Jona Mayr on the February 2014 EP First Chapter and with Ascii Code and Viken Arman on the Veiled in Blue EP, released the following August. His Para for Cuva debut album, Majouré was released in January 2015. Darwîś, his second album, was released in 2016, followed two years later by Paspatou.