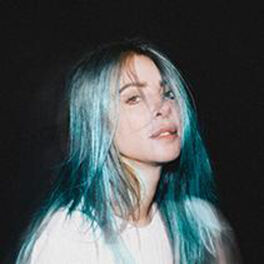 Alison Wonderland architects a world of her own design as its chief author, creator, and voice. Since emerging in 2009, the Sydney-born and Los Angeles-based singer, producer, songwriter, and DJ's sound has quietly inched towards mainstream ubiquity as the sonic sorceress received the “Highest Female DJ Billing Ever at Coachella” label, captured #1 on the Billboard Top Dance/Electronic Albums Chart twice consecutively, headlined sold out arenas around the globe and clocked upwards of 500 million streams. On 2018’s , Alison joined forces with an all-star cast of collaborators such as Joel Little [], [], [Mad Decent], longtime cohort along with innovators including on and on “High.” The record became the multi-talented phenomenon’s second straight #1 bow on the Billboard Top Dance/Electronic Albums Chart, leading her to become Billboard Dance’s ‘Breakout Artist of 2018’ and the magazine’s 2019 Dance Issue cover star. In 2019, between headline slots at festivals around the world, Alison also played her own headline concerts which sold over 100,000 tickets globally – most recently selling out two acclaimed shows at the Red Rocks Amphitheatre in Colorado in addition to producing and self-promoting her own worldwide ‘Wonderland Warehouse Project’ tour. Bad thngs is the first taste of what will become Alison Wonderland’s third LP (planned for 2021).