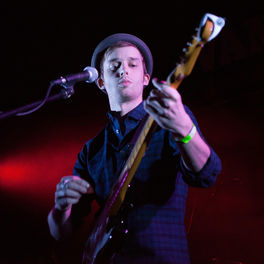 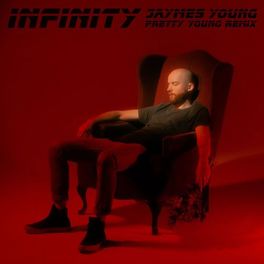 Habits of My Heart (EP Version)

No Good For You (feat. Jaymes Young)

Chill On the Beach

Born Jaymes McFarland on September 1, 1991 in Seattle, Washington, US alt-pop singer-songwriter Jaymes Young began exploring his musical urges as a teenager, writing lyrics and learning the guitar. He played in the local, Seattle-based band Corner State, with whom he released one album in 2010, before branching off to pursue a solo career. He scored a recording contract with Atlantic Records and toured with UK stars London Grammar, making his major-label debut that year with his Dark Star EP, an enigmatic blend of electronic, R&B and indie-pop which included two cover songs: "What is Love" by Eurodance hitmaker Haddaway and "As Long as You Love Me" by Justin Bieber. His follow-up EP, Habits of My Heart, came in September 2014, also on Atlantic Records, and that same year he popped up on David Guetta's album Listen, joining Birdy for "I'll Keep Loving You." After working on the 2016 debut studio album of US producer and singer Zhu, Generationwhy, he rolled out his own debut album, Feel Something, in June 2017, which included the RIAA certified Gold single "I'll Be Good" and the single "Infinity," which charted in several countries. 2019 saw the release of non-album single, the piano-led ballad "Happiest Year," which was also certified Gold by the RIAA. As well as achieving a string of songwriting credits, including one in 2020 for Kygo ("How Would I Know" with Oh Wonder). In 2021, "Infinity" enjoyed a new lease of life thanks to TikTok, with the song soaring to Number 1 on the platform's Viral chart which helped to boost its profile elsewhere online.