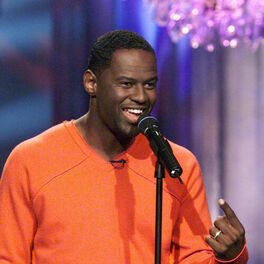 An Evening With Brian McKnight (Live)

Evolution Of A Man

I'll Be Home For Christmas

Pulling Off The Covers

Brian McKnight is an American R&B singer-songwriter, accomplished on several musical instruments, whose vocal range includes a strong falsetto. His recordings have earned many Grammy Award nominations without a win but his singles and albums have succeeded on a variety of Billboard Charts. He has hosted a radio show in Los Angeles and appeared on the American television programme 'Celebrity Apprentice'.

Born in Buffalo in the north of New York State, he sang in a church choir as a child and learned to play several instruments including piano and guitar. The success of his older brother, Claude McKnight III, with his group Take 6 encouraged him to make demo recordings and he made his debut in 1992 with an eponymous album that placed on the Billboard 200.