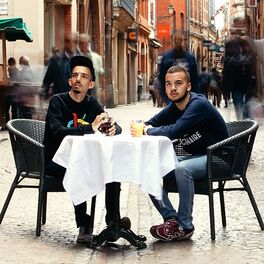 Bigflo & Oli are a French rap duo of brothers from Toulouse. They have a French mother of Algerian descent and an Argentine father. They made their debut with the 2014 EP 'Le Trac' and released the album 'La Cour des Grands' in 2015. Their album 'La Vraie Vie' came out in 2017 and included the hit single 'Dommage'. Their most recent album is 2018's 'La Vie de Reve'.