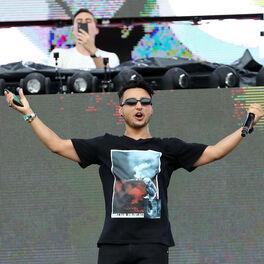 Loud Luxury are a Canadian house music duo formed in 2012 by DJs Andrew Fedyk and Joe Depace who were school friends in London, Ontario. They moved to Los Angeles after college and released a track titled 'All for You' featuring Kaleena Zanders. They featured Borgeous on 'Going Under' (2016), Ryan Shepherd on 'Fill Me In' (2017) and Nikki's Wives on 'Show Me' (2017). Their other 2017 track 'Body', featuring American singer-songwriter Brando, garnered widespread attention. Billboard reported that the song had more than 393 million streams on Spotify and the video had more than 99 million plays on YouTube.

In 2018 they released 'Sex Like Me' featuring Dyson and 'Love No More' with Anders. They earned four nominations in Canada's Juno Music Awards. Their 2019 schedule included appearances at venues in Las Vegas, Dallas, Mexico City, Boston, St. Louis and Whistler in Canada.