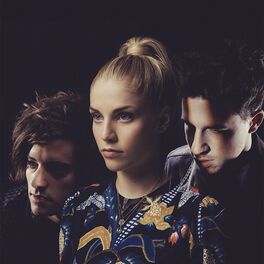 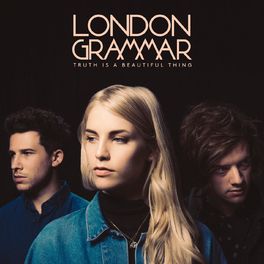 Truth Is a Beautiful Thing (Deluxe)

Live at the American Cathedral in Paris

Truth Is a Beautiful Thing (Deluxe)

If You Wait - Remixes

If You Wait (Deluxe)

Hell to the Liars

Hell to the Liars (Kölsch Remix)

Drawing comparisons to Portishead, The XX and Florence and the Machine, London Grammar's grand, melancholic, electro pop soundscapes made them one of the hotly tipped breakthrough bands of 2013. Formed by Hannah Reid (vocals) and Dan Rothman (guitar) while at Nottingham University in 2009, Dot Major (multi-instrumentalist) joined later and together they started playing gigs in local bars and crafting sparse, alternative R&B ballads.

Signed to the Ministry of Sound label, they became the talk of the blogosphere when a YouTube posting of their track 'Hey Now' received over two million hits. EP 'Metal and Dust' and singles 'Strong' and 'Wasting My Young Years' further heightened the buzz, before Reid's searing, regal vocals and ethereal waves of digital rhythms and icy beats helped their 2013 debut album 'If You Wait' to reach number two in the UK Charts. After four years of touring, writing and winning awards - they won an Ivor Novello Award for Best Song Musically and Lyrically for 'Strong' as well as two AIM Independent Music Awards for Independent Breakthrough of the Year and Most Played New Independent Act - they released brand new single 'Rooting for You' in 2017 followed by 'Big Picture' which they performed on 'Later With... Jools Holland'.