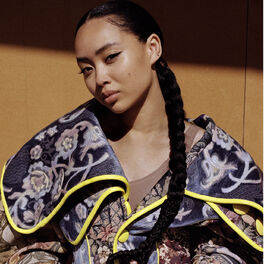 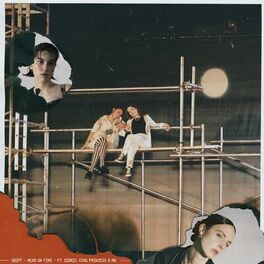 One Foot In Front Of The Other

Love Is A Compass (Piano Version)

Sarah Faith Griffiths, better known as Griff, is a British pop singer and songwriter. She was born in Kings Langley, Hertfordshire, England on January 21, 2001. Griff’s earliest memory as a music fan was receiving an iPod shuffle as a gift, containing the Taylor Swift album Fearless. Inspired, she began teaching herself how to perform and produce music using her brother’s computer. In July 2019, she signed to Warner Records and released her first single, "Mirror Talk." The singles “Didn’t Break It Enough” and “Paradise” followed, earning praise from the British press. Griff then released her debut EP The Mirror Talk in November 2019, followed shortly by a cover of The Bangles’ 1989 classic "Eternal Flame." One year later, she co-wrote the song  "I Love You’s," which was recorded by singer and actress Hailee Steinfeld, and received a nomination by The Ivors Academy for an Ivor Novello Rising Star Award. In January 2021, she released the song "Black Hole," an anthemic pop song with a dark, synth-laden sound. The song doubled as the first single from her debut mixtape, One Foot in Front of the Other, which charted at Number 4 in the UK and contributed to Griff's receipt of the Brit Award for "Rising Star" that spring.