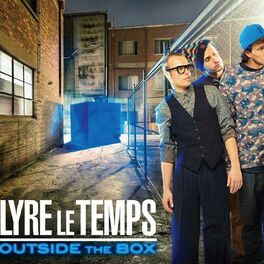 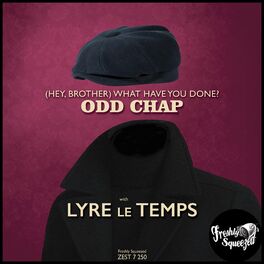 (Hey, Brother) What Have You Done?

Outside the Box (Extended Version)

I'm Not a Robot

by The Black Russian's

Out of the trends ? Not really… Out of time ? Neither. Lyre Le Temps is the story of a very special band. A band who starts in 2007. Ludo, a.k.a. Ry’m, does his classes at the prestigious Berklee school of music in Boston, U.S.A., where he meets teachers as famous as Prince Charles Alexander, or Quincy Jones. Thanks to these mentors, the young singer learns that ‘magic’ isn’t enough, and that nothing works best with talent than hard work. « Prince Charles taught me how to create huge things, with few means, the American way. » Ludo remembers it while developing the secret recepy of Lyre Le Temps, and refining its subtle mix of hip-hop, electro and jazz music. In 2010, the group finds its final formation: a trio. Besides Ludo, singer and pianist, stand Rhum One the beatmaker, and Dj Q, the scratcher. Ludo knows where he wants to go. « The name of the band comes from the constellation of the Lyre, and we added the time as a reference to all the musical eras we wanted to mix together. Jazz, gospel, electro, hip-hop, tree different steps in the history of music. And the swing influences bring a ‘dance touch’ to our music. » The band goes on tour, records a first opus, finds an audience. « At the beginning, we thought we could make it on our own, we had a lot of connexions on facebook and myspace, so we founded our label, French Gramm, and released Lady Swing, our first album. We sold 7500 of them, did 250 shows in 3 years. », explains Ludo. But Lyre le Temps’ work finally pays : Believe Recording gets interested in their case, and offers to support the release of the ‘always difficult’ second album. With a strong team behind them Lyre le Temps can focus on the essential : create, write, surprise. Quickly entitled Outside The Box, the new disc reveals quietly his ambitions. « In 2013, it’s a challenge to make, and put an album out in France. Especially since this album can’t be just stored in a box like Hip Hop, electro, or jazz. I hope it could fit in all tree. Our freshness lies in the fusion of these musical styles. And the icing on the cake, it’s the contribution of a brass section, a bassist, a drummer, a pianist, singers… A whole team who brings humanity to all the electronic we’re used to work on. A great experience for autodidacts like us.” Says Ludo. Quentin, a.k.a. Dj Q, puts some frantic and relevant scratchin’ on the instrumentals made by Rhum One, and Ludo drops his English lyrics on top. The tracks are rich, varied: ‘The Mission’ tells the story of the band, ‘Lindy Hop’ invites the Electric Swing Circus, a young band from Birmingham (U.K.), and ‘Swing Machine’ is just some good electro swing music. ‘Lookin’ Like This’ and ‘Rob The Banker’ are the first singles, until the album release. The big surprise, it’s ‘Rock’n’Roll’, a moment of madness that was made for the stage. Ludo: « We had to have a song like that. I enjoy screaming, I like rock music, that’s a color we wanted to include and I thought we didn’t have in our album yet. This aggressive side, festival, at night, last song, you have to burn it all you know ? The dubstep final on this track, it’s THE rock’n’roll of 2013 ! » Lyre Le Temps is ready to fight. It’s clear; their project Outside The Box won’t fit in any box. Power Trio between electro and furious hip-hop, this band is on the rise, and claims only one label: eclecticism. Olivier Cachin.