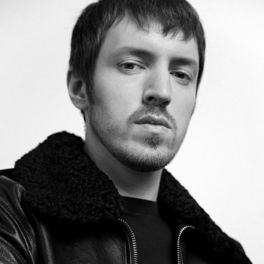 A Fine Selection of Remixes

Ed Banger’s sound machine Sebastian has been putting his talent to good use for other artists the past few years, producing for Frank Ocean, Kavinsky, Charlotte Gainsbourg, Philippe Katerine and Woodkid. He started producing music at 15 years old and honed his skills working with regional rap groups. In 2005, he was signed to Ed Banger Records label. The next few years were extremely busy. On top of recording a 7” split with Krazy Baldhead and four SebastiAn EPs between 2005 and 2008 (Smoking Kills, Ross Ross Ross, Walkmen 2, and Motor), Sebastian was a remix machine, reworking songs by Daft Punk, Annie, Cut Copy, Revl9n, Uffie, Kelis, and Kavinsky, among others, before finally releasing his definitive debut, "Total", in 2011. Besides going on a world tour (incl. Coachella, Parklife, A.D.E., Pukkelpop) supporting his debut album, Sebastian also co-produced several film soundtracks, such as Quentin Dupieux’s “Steak” (2007) – in which he also had a leading role – and Romain Gavras’ “Our day will come” (2010), “The World is Yours” (2018). He unveiled yet another side of his personality by starting a long-lasting collaboration with the top-fashion brand Yves Saint Laurent, producing for most of their catwalk shows.