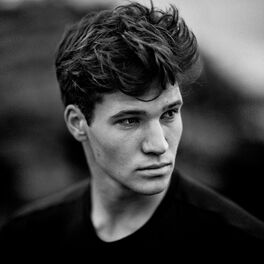 German model and singer Wincent Weiss first appeared on the music scene as a contestant in 2013's 'Deutschland Sucht den Superstar', the German equivalent of the 'Pop Idol' series. Although he did not make it to the live shows, he continued to post his songs on YouTube and in 2015 German DJs Gestört Aber Geil and Koby Funk produced a remix of his cover version of Elif Demirezer's 'Unter Meiner Haut' which rose to number six in the German Singles Charts.

Weiss released his first solo single 'Regenbogen' in 2015, but it was not until 2016 with the release of 'Musik Sein' that he had his first chart success, with top ten positions in both Austria and Switzerland. His third single release 'Feuerwerk' was followed by his debut album 'Irgendwas Gegen die Stille' both in 2017. This was a commercial success, reaching number three in the German Album Charts and number four in the Swiss Album Charts. Other single releases from this album were 'Frische Luft' and 'Nur ein Herzschlag Entfernt'. The album was given a Platin Award for Sales by the Bundesverband Musikindustrie (BVMI). In the same year, Weiss was awarded the 'Best German Act' in the MTV Europe Music Awards.

Weiss started work on his second album in 2018, releasing the singles 'An Winder' and 'Hier Mit Dir' before the album itself 'Irgendwie Anders' in 2019. This album reached number two in the German Album Charts and was accompanied by a tour of Germany and Austria. In 2019, the release of a third sincle from the album 'Pläne' was followed by 'Kaum Erwarten'. An instrumental version of 'Irgendwie Anders' was also released.