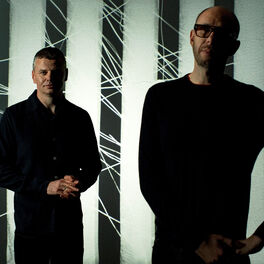 Born In The Echoes (Deluxe Edition)

Born In The Echoes

We Are The Night

Meeting at school and attending Manchester University together, The Chemical Brothers were inspired by the Balearic beats and rare grooves being created in Ibiza and started DJing under the name Dust Brothers.

After collaborating with Noel Gallagher on 'Setting Sun', their second album 'Dig Your Own Hole' (1997) sent them into the mainstream and they became one of the first electro artists to fill arena-sized shows and play major festivals. 'Hey Boy, Hey Girl' was another big UK hit, while 'Surrender' (1999), 'Come With Us' (2002), 'Push the Button' (2005) and 'We Are the Night' (2007) all topped the UK album charts, the latter including collaborations with the likes of Klaxons, Willy Mason, Fatlip and Midlake.

Three years later saw the release of 'Further', which was their first ever project without the addition of guest collaborations, followed by their debut film soundtrack 'Hanna' (2011) for the film of the same name. They continued to dabble in the film industry with 'Don't Think' (2012), which featured one of their live shows with artistic visuals from Adam Smith, The Chemical Brothers' long-standing art director. In 2014, the duo featured with Miguel and Lorde for a track on 'Hunger Games: Mockingjay - Part 1'.

After a five-year break since their last studio album, they came back with 'Born in the Echoes' in 2015 which included collaborations with Beck, St. Vincent, Cate Le Bon and Q-Tip, who also featured on 'Push the Button'. Going straight in at number one on the UK Albums Chart, it was their sixth album to top the charts. In 2019, The Chemical Brothers returned with 'No Geography' which included the singles 'MAH', 'Got to Keep On' and 'We've Got to Try'.