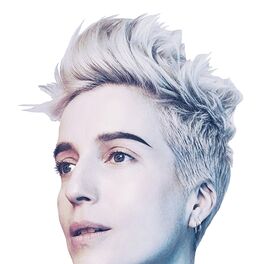 Jeanne Added is multi-instrumentalist and a singer who possesses a magnetic voice. After multiple collaborations in vastly different genres, Jeanne just finished writing, composing and recording her first solo record. Produced by Dan Levy (The Dø ), the album will be released in 2015 on the Naïve label. A big hit at this year’s Transmusicales de Rennes, Jeanne will unveil some of her new songs live on stage at l’Aire Libre during a five day residency from Wednesday December 3rd to Sunday December 7th 2014. In Rennes, Jeanne will present her singular universe where minimalist but intense pop gracefully meets experimental electronica, fueled by passion and a voice full of emotion and a charisma beyond belief.