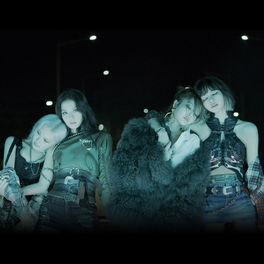 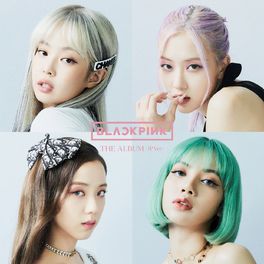 As If It's Your Last

Mixing glossy girl group glamour with gritty trap swagger, K-pop superstars Blackpink emerged in 2016 with debut single "Boombayah" and quickly became the biggest Korean female act to gain crossover success in the US. Record company and talent agency YG Entertainment were already well known for helping Psy to global fame with his hit "Gangnam Style" in 2012, while they also had boy bands Big Bang and iKon on their roster, but were looking for a girl group to replace the defunct 2NE1 and crack the international market. Using the company's trainee program to find future stars, they ended up selecting a line-up of diverse backgrounds, with youngest member Lisa coming from Bangkok, Thailand and lead vocalist Jisoo raised locally in Seoul, while rapper Jennie Kim and singer Rose both spent time growing up in Auckland, New Zealand.

They first appeared together in a series of advertising campaigns before their debut single was released as a double A-side consisting of "Boombayah" and "Whistle." "Whistle" went on to top the Korean charts and "As If It's Your Last" helped them become stars in Japan, and they quickly found themselves with a worldwide army of fans endearingly called 'blinks'. Singing and rapping in both Korean and English, Blackpink's strutting raps were introduced to the US and UK with single "Ddu-Du Ddu-Du" in 2018, which quickly notched up over 620 million views on YouTube (the most ever by a K-pop act) and was named Video of the Year by Rolling Stone magazine. The reggaeton-electro fusion of "Forever Young" in 2018 was another popular success and they featured on British pop favorite Dua Lipa's single "Kiss and Make-Up" that same year. Each member subsequently worked on solo material before the group made their US television debut on The Late Show with Stephen Colbert. That year they also became the first female K-pop group to appear at Coachella festival. The following May, Blackpink teamed up with Lady Gaga for dance-pop hit "Sour Candy," which was featured on Gaga's sixth studio album Chromatica. Blackpink worked with a number of producers for their first Korean studio album, The Album in October 2020, and secured their place at the top table of global pop stardom with guest spots from Cardi B and Selena Gomez on "Bet You Wanna" and "Ice Cream" respectively. The hit video for album track "How You Like That" set a record as one of the most-viewed music videos within the first 24 hours of release, while they are also the first Korean act to have three music videos each accumulate one billion views on YouTube.