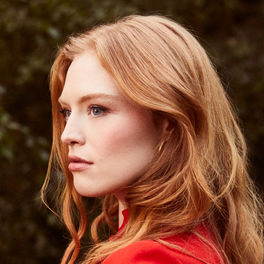 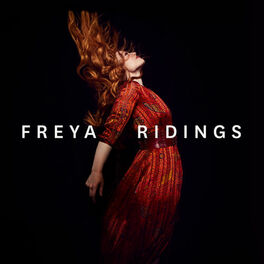 You Mean The World To Me

You Mean The World To Me (DRAMÄ Remix)

You Mean The World To Me (MJ Cole Remix)

You Mean The World To Me (Vertue x Franklin Radio Mix)

For the Broken Hearted

Chill In The Rain

Freya Ridings is the British Breakthrough success story of 2018. Last year her song ‘Lost Without You’ peaked at Number 9 in the Official Chart and stayed in the Top 10 for 8 weeks. A hymn to lost love and regret, the single has now had over 100 million streams, it was added to BBC Radio 1, Radio 2 and Capital FM playlists. The last time a female artist hit the Top 10 with a song 100% written by themselves was in 2012 with a re-charting of Kate Bush’s ‘Running Up That Hill’. She was the No.1 artist in the UK Independent singles chart in 2018 and her talents have already been recognised by a variety of influential fans, including GQ, Sunday Times, The Times, Daily Telegraph; she was invited to perform in the US on The Late Late Show with James Corden, plus an appearance on Sports Personality of the Year and Stand Up To Cancer. Freya now prepares to embark on her biggest sold-out headline tour to date with over 14,000 tickets sold, it includes a date at London’s Roundhouse, before Freya plays all the big festivals around the world this Summer and releases her debut studio album at the end of May. Contending with being incredibly shy and feeling isolated at school, Freya found her extraordinary, vibrato-rich, pin-drop voice when she was in just Year 7 at school when she was invited to perform at an open-mic night and whether it is live, sitting at the piano, or strumming her guitar, Freya has distilled a short lifetime of uncertainty, and transformed it into songs of alchemical incandescence, magicked into greatness by one of the most powerful voices in a generation.