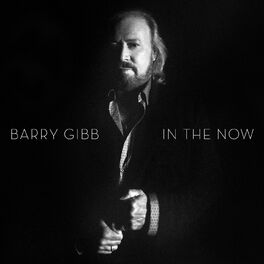 by Barry Gibb, The Bee Gees

The Record - Their Greatest Hits

Tales From The Brothers Gibb

How Deep Is Your Love (Odyssey Version)

The Best Of Kenny Rogers: Through The Years

With sales of over 120 million albums and 60 million singles to his credit Barry Gibb can rightfully claim to be one of the most commercially successful artists of all time, ranking alongside Lennon and McCartney and Michael Jackson. After emigrating to Australia as a boy he returned to the UK in the late 1960s with his brothers Maurice and Robin and began working with producer Robert Stigwood. This era was the first of two very successful songwriting periods for his band the Bee Gees. Many of the group's early hits such as Words and I've Gotta Get A Message To You feature excellent vocal harmonies and carefully crafted melodies, a trademark of the brothers' songwriting craft. In the early '70s Gibb and his brothers re-invented themselves with a new sound which was to prove pivotal to their future success. Their song Jive Talking with its pulsing, funky bass line demonstrated their songwriting had kept up with contemporary tastes and was the first of many hits. The follow-up single Nights On Broadway featured Barry Gibb's first attempt at singing falsetto - it proved to be a winning formula and the style of this and other hits written by Gibb and his brothers defined what became known as the disco era. The album Saturday Night Fever, released at the height of the disco boom sold more than 40 million copies, making it the best selling soundtrack album ever released. In 2003, Maurice Gibb tragically died suddenly after suffering from a heart attack while awaiting surgery. Although initially intending to continue the Bee Gees name in honour of their brother, Barry and Robin decided to call it a day. In 2012, after contracting pneumonia in hospital where he was receiving treatment for cancer, Robin passed away. The following year, Barry embarked on an Australian tour where he played Bee Gees music with his son Steve and Maurice's daughter Samantha. Barry continues to give special appearances including the Grammy Awards, the Country Music Hall Of Fame and even performed at the 2016 Glastonbury Festival alongside Coldplay.