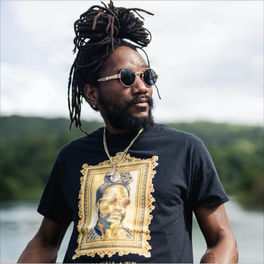 Definition of a King (Triumphant Mix)

This conscious revolutionary lyricist emerged on the reggae music scene in 2011 with the "Rebel Music" EP where his Hip Hop and Dancehall influences were clearly identifiable. Known for his hard hitting lyrics that tackle the socio-economic system of modern times, he went on to collaborate with producers like Chimney Records on songs like "No Capitalist" and hit song "Mi Alright" featuring Chronixx, Dj Frass with "Never Gonna be a Slave" and Equiknoxx Music's "King Kabaka." Kabaka Pyramid went on to release the "Lead The Way" compilation in 2013 that hit the Reggae Billboard top 10. He then connected with Damian "Jr Gong" Marley in 2015 with the hit single "Well Done," produced by the multi-grammy winner, that paved the way for the 2 artists to collaborate on Kabaka's debut Album titled "Kontraband" slated to be released in 2018 In 2016 Kabaka linked up with Walshy Fire of Major Lazer with the "Accurate Mixtape" that has accumulated over 800,000 streams on Soundcloud. Kabaka vs Pyramid is a fan favorite from the mixtape where the Reggae DJ battles his Rap alter-ego. Can't Breathe and Borders feating Stonebwoy from Ghana are the artist's latest releases in 2017 and 2018 respectively which will both be featured on his debut album Kontraband.