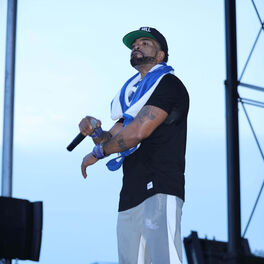 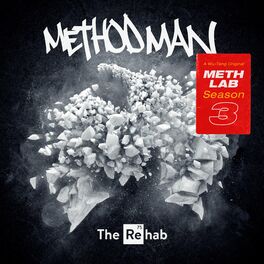 by The Knocks, Method Man

by The Knocks, Method Man

The One (feat. Method Man)

I Used to Be

With his laid-back, swaggering delivery and gritty rhymes, Clifford Smith, who goes by Method Man, was the gold-toothed member of hip-hip collective Wu-Tang Clan and marked himself out as a solo star with a string of hit albums in the 1990s.

Smith had a tough upbringing in the Staten Island projects and grew up trading raps and selling drugs on street corners until childhood friend RZA masterminded a plan for a group of young, local rappers. Alongside his cousins Ol' Dirty Bastard and GZA, Method Man helped the collective mix raw, primitive beats and tales of street life with samples of old kung-fu movies, comic book culture and stoner surrealism and from making their own cassette tapes and travelling the East Coast playing self-promoted shows, Wu-Tang Clan quickly became a radical new force on the underground hip-hop scene.

Their debut album 'Enter the Wu-Tang (36 Chambers)' went platinum in 1993 taking them to a wider mainstream audience, while their unique contract with Loud Records allowed individual members to release solo material through other labels. Styled as the heartthrob of the group, Method Man was first to branch off on his own and as his album 'Tical' reached number four in the US charts and became a big crossover success, he also scored the hit single 'I'll Be There for You' with Mary J. Blige which won the Grammy Award for Best Rap Performance By a Duo Or Group.

He returned to Wu-Tang Clan for the number one album 'Wu-Tang Forever' and reached number two in the US charts with his solo albums 'Tical 2000: Judgement Day' and 'Tical 0: The Prequel' as he carved out a reputation for melodic, mellow flows and sharp-tongued, unpredictable lyrics. His partnership with Redman was also a long-running success, particularly on single 'How High' and 1999's cult album 'Blackout!', and he was one of the few artists to collaborate with both Tupac Shakur and Notorious B.I.G. at the height of their deadly feud.

He also kick-started his acting career with appearances in movies 'Cop Land' and 'One Eight Seven' in the late 1990s and played the character of Melvin 'Cheese' Wagstaff in the HBO drama series 'The Wire'. He returned to music working with Ghostface Killah and Raekwon on 'Wu-Tang Massacre' in 2010. Still regarded as an influential hip-hop pioneer, he went back to Staten Island to record his fifth solo record 'The Meth Lab' in 2015 and featured a host of friends on the album including Masta Killa, Inspectah Deck and Redman.