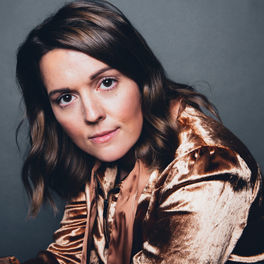 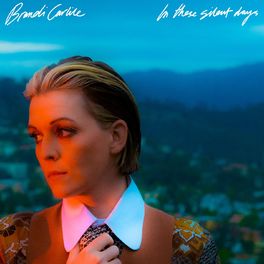 In These Silent Days

By the Way, I Forgive You

Live At Benaroya Hall with The Seattle Symphony

by Brandi Carlile, The Seattle Symphony

Give Up The Ghost

Dirt Around the Tree

by The Hot Gates, Brandi Carlile

Nobody but You - Country Love

A Grammy-winning Americana artist, Brandi Carlile was born in Ravendsdale, Washington, on June 1, 1981. Diagnosed with attention-deficit disorder as a child, she dropped out of high school to pursue a career in music. It was a smart move for the singer/songwriter and multi-instrumentalist, who began creating a genre-crossing style with her longtime bandmates, brothers Tim and Phil Hanseroth. With the Hanseroth siblings' help, she released a self-titled debut album in 2005, then peaked at Number 10 on the US rock charts with her breakthrough release, 2007's The Story. The album itself went gold, while its anthemic title track climbed to Number 3 on the Adult Alternative Airplay chart in America. Give Up the Ghost followed in 2009 and became Brandi Carlile's first album to crack the Top 40 on the Billboard 200, thanks in part to the Top 10 AAA single "Dreams." Three years later, 2012's Bear Creek marked her debut entry in the Top 10, where she remained with 2015's The Firewatcher's Daughter (which peaked at Number 9) and 2018's By The Way, I Forgive You (which peaked at Number 5). Now one of the most celebrated names in American roots music, Carlile joined The Highwomen, a country-influenced supergroup whose self-titled debut album topped the Billboard country charts in 2019. Two years later, Carlile returned with another solo effort, In These Silent Days, which became her third consecutive solo album to top both the Billboard rock and folk charts.