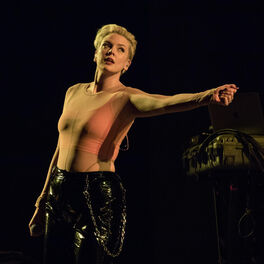 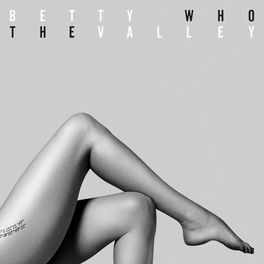 Take Me When You Go

Take Me When You Go (Deluxe Version)

All of You: Remixes

I Love You Always Forever

If You're Hearing This

The Other Side (From "Sierra Burgess Is a Loser")

I Love You Always Forever (Remixes)

by Betty Who, Jarryd James

Why I Run: Happiness

Pride with Pabllo and Friends | Orgulho 2021

by Fly by Midnight, Betty Who

As Seen on TV

Happy About Everything Else...

by Fly by Midnight

Betty Who was born Jessica Anne Newham in Sydney, Australia in 1991. Newham is a self taught musician who began writing songs at the age of 14 and after leaving school secured a place at Boston's prestigious Berklee College of Music in the USA. It was at Berklee she met producer Peter Thomas who proved instrumental in shaping what was to become the Betty Who sound. Her debut single 'Somebody Loves You' was released as a free download and through online promotion quickly got the attention of the pop media. Her debut EP 'The Movement' came out in 2013 and its online success created interest from major record labels which eventually led to a deal with RCA.

Newham's music is unashamedly pop and obviously influenced by the likes of Kylie Minogue and Katy Perry but behind the formulaic promotional videos and heavy electronic beats lies a songwriting talent which clearly understands melody and structure. In a relatively short career she has had significant chart success which includes three number one hits in the US Dance Charts.