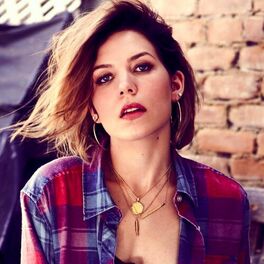 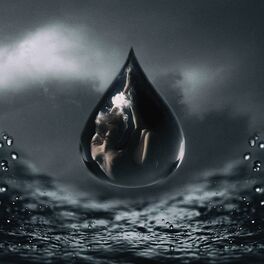 Last One Standing (From Venom: Let There Be Carnage)

Last One Standing (From Venom: Let There Be Carnage)

I Know You (From The "Fifty Shades Of Grey" Soundtrack)

Dance Without You (Remixes)

Beneath with Me (feat. Skylar Grey) (Kaskade's V.4)

Beneath with Me (feat. Skylar Grey)

Room for Happiness (feat. Skylar Grey) (Above & Beyond Remix)

I Need A Doctor

Starting out in a folk group called Generations with her mother, Holly Brook Hafermann (February 23, 1986) played in rock bands and with jazz musicians as a teenager before moving from hometown Madison, Wisconsin to make it in Los Angeles in 2003. Aged just 18, she signed to Linkin Park guitarist Brad Delson's Machine Shop Recordings label, but when her heartfelt piano ballads on debut album Like Blood Like Honey (2003) failed to take off, a legal dispute stopped her from releasing new material. Depressed and suffering from writer's block, she ended up living in a cabin in the Oregon woods on her own, where she wrote “Love the Way You Lie,” which was adapted by Eminem into a US Number 1 single, featuring vocals by Rihanna. Feeling empowered and emboldened, she took the name Skylar Grey and went on to work with Dirty Diddy Money, T.I., and Lupe Fiasco and made her live debut under her new alias at the 2011 Grammy Awards performing "I Need a Doctor" with Dr. Dre and Eminem. Produced by Alex da Kid, the album Don't Look Down (2013) featured Big Sean, Angel Haze, and Eminem, and, mixing hip hop with honest songwriting and anthemic pop, reached Number 8 in the US charts. Her creative partnership with Eminem continued on 2016’s Natural Causes, which was co-produced by the rapper. Despite not charting in the US, the album peaked at Number 68 in Canada and entered the French charts at Number 115. After landing songwriting credits on Eminem’s Revival (2017), Skylar Grey parted ways with her label Interscope Records and independently released the EPs Angel with Tattoos (2018) and Make It Through the Day (2020). In 2021, “Last One Standing,” her feature on the Marvel film Venom: Let There Be Carnage, peaked at Number 78 on the Billboard Hot 100.