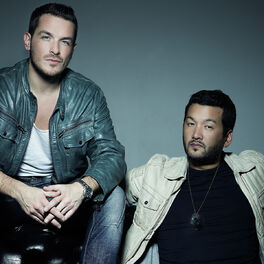 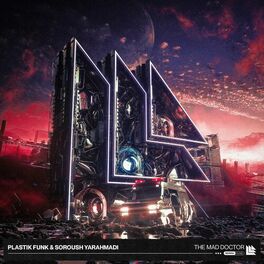 Get to Know Ya

Nature One - The History

House and electronic DJ act Plastik Funk formed in Germany in 2002. They are best known for the 2014 hit single “Dr. Who” (featuring Tujamo and Sneakbo). Initially comprised of Rafael Ximenez-Carrillo – originally from Madrid - and Tokyo-born Mikio Gruschinske, the duo met while in high school. They were DJs at different clubs but eventually came together as Plastik Funk. Originally, their DJ sets were focused on hip-hop but they soon switched to house music, inspired by artists like Frankie Knuckles. They released their debut EP, Do It Right, in 2003 and toured Germany. They continued to release a series of singles and remixes on various labels including “Round and Round” (featuring Irma Derby), “Let Me See Your Hands” (featuring Dollarman), “Show Me What You Got” (featuring  Alexandra Prince), and a cover of  C+C Music Factory’s “Gonna Make You Sweat (Everybody Dance Now)”, which became a hit in 2006. With their singles making appearances on international dance charts, the duo were asked to remix tracks by a variety of artists including Robyn, Shaggy, David Guetta, and Deadmau5. In 2012, Plastik Funk collaborated with Tujamo on the single “Who”. The single brought them international attention. They began touring the world and eventually relocated to Spain. In 2014, “Who” was remixed and reissued as “Dr. Who” featuring British rapper Sneakbo. The song was a huge hit (again), especially in the UK, where it reached Number 21 on the charts. Eventually, Gruschinske had to bow out of live performances for health reasons but Ximenez-Carrillo continued to perform under the Plastik Funk name. Plastik Funk continued to release a series of singles including a cover of the Pointer Sisters’ “Dare Me”, a 2020 collaboration with NERVO and Tim Morrison.