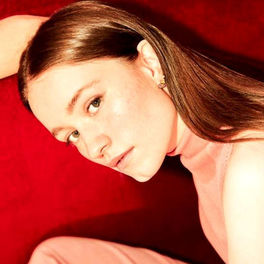 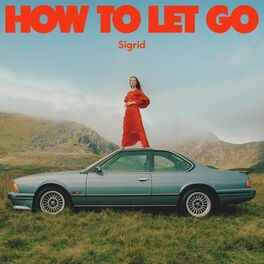 How To Let Go

Dancing In Your Living Room

Mirror (by the piano / acoustic)

Pouring her youthful anxieties and wide-eyed dreams into electro-pop gems, singer-songwriter Sigrid charmed Norway's music scene with her unstarry, down-to-earth nature and came to wider attention when she won the prestigious BBC Sound of 2018 Award.

Growing up in the wild, craggy, picturesque town of Alesund on Norway's west coast, she played piano from a young age and was raised on her parents' Neil Young and Joni Mitchell records and her brother's Nirvana and Opeth albums, before discovering her own love for Coldplay and Adele. She penned her first song at the age of 16 when her brother invited her to perform with him at a local gig on the condition that she write her own original track for the occasion, and soon she was pouring her heart into songwriting and creating big, dynamic, confessional ballads.
Although she originally set her sights on a career as a lawyer or a teacher, her parents encouraged her to pursue music and, after starting out with her sister in the group Sala Says Mhyp, she ended up signing to indie label Petroleum and moving to Bergen to work with songwriters and develop her talent at 18.

Her debut single 'Don't Kill My Vibe' went on to become a national hit in 2017, and was a righteous piece of glistening Scandi-pop co-written with Martin Sjolie, bursting with glitzy, synth fireworks and an empowering message of resilience. Comparisons to Robyn and Lorde quickly followed, and she went on to reach the UK top ten for the first time with third single 'Strangers', a euphoric Euro-dance floor-filler on which Sigrid wails and broods about the demise of a failing relationship.

Her EP 'Raw' also produced popular tracks 'High Five' and 'Schedules' and her cover of Leonard Cohen's 'Everybody Knows' featured on the soundtrack to superhero movie 'Justice League' before she topped the BBC Sound of 2018 critics poll ahead of Pale Waves, Khalid and Rex Orange County. The award led to a huge wave of publicity and tours with George Ezra and Maroon 5, and she was still only 22 when her debut album 'Sucker Punch' finally landed in 2019, full of glossy, fist-pumping, electro-pop heartbreak, sharp, soul-baring lyricism and huge, soaring torch songs.