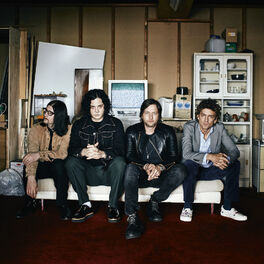 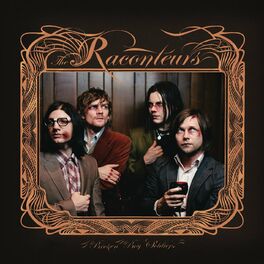 Consolers of the Lonely

Steady, As She Goes

Sunday Driver / Now That You're Gone

Help Us Stranger - With Track-by-Track Commentary

The Coolest Songs in the World! Vol. 5

When an impromptu jam session between long-standing friends Jack White and Brendan Benson heralded the track 'Steady As She Goes' (a future Number four hit in the UK), the White Stripes frontman and the solo star were inspired to collaborate further. Joined by The Greenhornes' Jack Lawrence and Patrick Keeler, The Raconteurs recorded debut album 'Broken Boy Soldiers' (2006) at Benson's home studio in Detroit, to critical acclaim. Named by Mojo magazine as the album of the year, it shot to Number two in the UK and Number seven in the US sending the group on a successful worldwide tour and winning them a support slot with Bob Dylan in North America.

With the band relocating to Nashville, second album 'Consolers of The Lonely' (2008) was rush-released just three weeks after its recording with no promotion. Intended as a way of avoiding leaks and dealing directly with fans, the move caused excitement and controversy within the industry, with some critics perceiving it as a calculated snub.

After only performing sporadically over the next ten years, the band returned with their third studio album 'Help Us Stranger' in June 2019.

The band goes by the name The Saboteurs in Australia because of a legal objection by an existing band from Queensland also known as The Raconteurs.