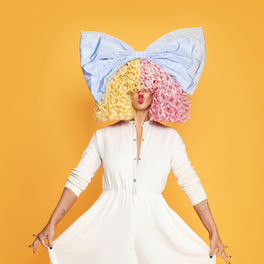 Eye To Eye (The Remixes)

Music (Songs From And Inspired By The Motion Picture)

This Is Acting (Deluxe Version)

The Girl You Lost To Cocaine

Some People Have REAL Problems

Here are a few things Sia has said over the past year: “I’m retired.” “I don’t care about commercial success.” “Me and fame will never be married.” Here are a few things Sia has actually done over the past year: —Wrote songs for the biggest pop artists on the planet, including Rihanna (“Diamonds”), Katy Perry (“Double Rainbow”), Britney Spears (“Perfume”), Beyoncé (“Pretty Hurts”), Kylie Minogue, (“Kiss Me Once”), and Celine Dion (“Loved Me Back To Life”). —Worked with some of the coolest taste-maker artists around, including Angel Haze, Brooke Candy, the producer Diplo, and The Weeknd, the latter two with whom she wrote the hit “Elastic Heart” for the blockbuster “The Hunger Games: Catching Fire” soundtrack. —Was the featured vocalist on massive hits she has written for other artists, including “Titanium” for David Guetta, “Beautiful Pain” for Eminem, and “Wild Ones” for Flo Rida. In short, despite her declarations above, Sia may be the busiest “retired” artist in the music business. She’s achieved huge commercial success and is famous despite her best efforts not to be. A pop star who doesn't want to be a star, she is iconoclastic, uncompromising, and a little zany. On Twitter, she identifies herself thusly: “i am sia, i was born from the bumhole of a unicorn named steve.” In 2013, she agreed to a rare interview with Billboard, but insisted on posing for the cover wearing a paper bag over her head. When RCA Records wanted to sign her, she asked for a clause stipulating that she wouldn’t have to tour or do interviews to promote her album. They agreed. She’s that good. It’s also because despite Sia’s reluctance to embrace the spotlight, this enigmatic Australian is the single most successful and prolific songwriter of the past year, her tracks having sold upwards of 13 million *, classing up the Hot 100 in the process and injecting it with a much-needed dose of emotional authenticity. She has honed her pop melodicism through a string of solo albums: 2001’s Hearing Is Difficult, 2004’s Colour the Small One (which included the achingly vulnerable “Breathe Me,” memorably featured in the finale scene of the HBO series Six Feet Under), 2008’s Some People Have Real Problems, and 2010’s We Are Born. She also lent her lush, magical voice to records by British downtempo duo Zero 7, ushering them to prestigious awards and critical acclaim in the U.K. Now Sia is gearing up to release her fifth solo album, which she wrote and recorded with longtime collaborator Greg Kurstin (P!nk, Kelly Clarkson, Tegan & Sara). The first shot across the bow is the soaring single “Chandelier” — a relentlessly honest account of her past years trying to keep her demons at bay by partying (“Keep my glass full until morning light, 'cause I'm just holding on for tonight”). The song (which she co-wrote with Jesse Shatkin) is signature Sia: relentlessly honest, sonically epic, and with the kind of full-throated vocal only she can deliver.