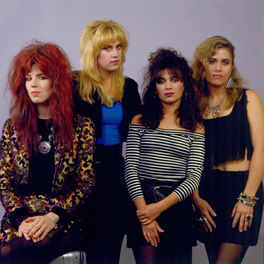 Sweetheart of the Sun

All Over the Place (Expanded Edition)

Eternal Flame: The Best Of

Walk Like An Egyptian: The Best Of The Bangles

All Over The Place

Crafting some of the biggest hits of the 1980s, The Bangles' all-female power pop turned the jangly harmonies of the 1960s into breezy anthems built on sass and fun. Born out of the Los Angeles folk rock, Paisley underground scene, the band signed to Columbia Records for debut album All Over The Place (1984) and made their name as a support act for Cyndi Lauper. Fronted by Susanna Hoffs, Prince penned their first big hit Manic Monday, which reached Number 2 in the US and propelled second album Different Light (1986) to sales of over 4 million. They topped the charts in the US and across the world with the huge dance single Walk Like An Egyptian and classic ballad Eternal Flame, but the band split in 1989 after the release of Everything (1988) with Hoffs going on to a solo career. They reformed in 1999, though, and contributed tracks to the soundtrack of the movie Austin Powers: The Spy Who Shagged Me, as well as releasing their own records Doll Revolution (2003) and Sweetheart in the Sun (2013).