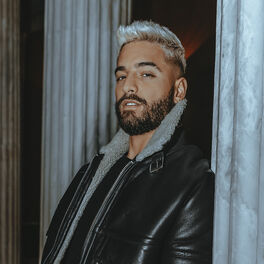 Hands On Me (Remixes)

The Columbian reggae artist Maluma was born Juan Luis Londoño Arias and is part of the burgeoning reggaeton phenomenon, a blend of reggae, hip-hop, pop and Latin music which has grown rapidly in popularity, particularly amongst Spanish Speaking audiences. The major labels were quick to spot this trend and Sony Music snapped up the young singer in 2010 when he was just 16. When he signed to the label Maluma had just released the single 'Farandulera' and the song had become a local radio hit and the ensuing publicity brought him to the attention of the label. His first album for Sony was 'Magia', released in 2012 and the lead single from the album was 'Obsesión', a track which garnered 185 million views on YouTube for the promotional video.