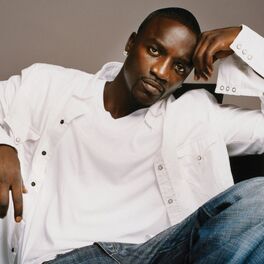 The son of famed Senegalese percussionist Mor Thiam, Akon lived in Senegal until he was seven when he moved to New Jersey. He claims a three-year prison sentence for unspecified offences inspired him to become a global superstar, blending hip hop and R&B into slick pop hits. Stories of his mispent youth and his love of women sent debut album Trouble (2004) to No 1 in the UK. But while lead single Locked Up was an immediate hit, it was the high-pitched, chipmunk-on-helium sounding sample of Lonely that made Akon an international phenomenon. Collaborations with Snoop Dogg, Eminem and Styles-P on second album Konvicted brought even more success in 2006 as Akon evolved into a producer, entrepreneur, philanthropist and voice for hire. Lending his talents to everyone from 50 Cent to Gwen Stefani and Michael Jackson, he moved into the dance world, singing on French DJ David Guetta's Sexy Bitch - a No 1 in 10 countries.