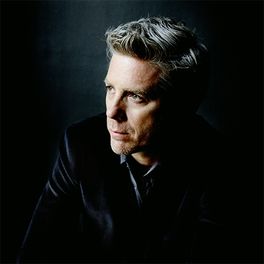 The View From Here

Songs from the Chateau

From There To Here

Jazz on the rocks

In the head of... Alix Benezech

Smooth Jazz On A Summer's Day

Kyle Eastwood is an American jazz musician who plays bass guitar and double bass. His father, film star and director Clint Eastwood, and his mother, Maggie Johnson, both play music and he grew up listening to great jazz artists at home and at festivals he visited with his parents. He started performing while in high school and studied with French bass player Bunny Bruhel. He formed the Kyle Eastwood Quartet and did a lot of session work in Los Angeles.

He has contributed songs and music to several of his father's movies including 'Honkytonk Man' (1982), in which he had a small role; 'The Rookie' (1990); 'Million Dollar Baby' (2004) and 'Flags of Our Fathers' (2006). With Michael Stevens, he wrote the scores for 'Letters from Iwo Jima' (2006), 'Gran Torino' (2006) and 'Invictus' (2009). He was nominated for a Golden Globe in 2009 with co-writers Michael Stevens and Jamie Cullum for the song 'Gran Torino' from the film of the same name. His 2020 schedule was to include performances at several venues across France.