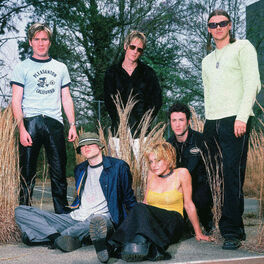 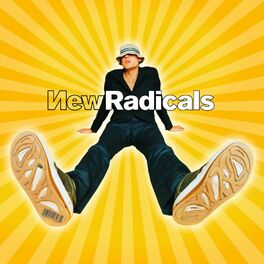 Maybe You've Been Brainwashed Too

You Get What You Give

My Life Is A Movie

The Best New Year's Party Album In The World...Ever!

A one-hit wonder of the late 90s
alt-rock movement, New Radicals were largely the brainchild of Gregg Alexander.
A Michigan native whose musical output indicated his affection for Motown
R&B and seventies rock, Alexander formed the group in Los Angeles in 1997.
Actually, “group” might be too strong a word. Alexander not only produced the
band’s one and only album, 1998’s Maybe You’ve Been Brainwashed Too, but
he wrote or co-wrote every one of its twelve tracks. Additionally, New Radicals
maintained a revolving door when it came to other members. The closest thing to
a solid bandmate was Danielle Brisebois, who provided background vocals,
percussion, co-wrote one of the songs, worked with Alexander on his previous
two solo albums, and was featured in the video for the band’s lone hit song, “You
Get What You Give”. The album peaked at number 41, but the single went top
40 in multiple countries and topped the pop chart in both Canada and New
Zealand. Unhappy with touring, Alexander quickly announced the dissolution of
New Radicals to focus on songwriting and producing for other artists.